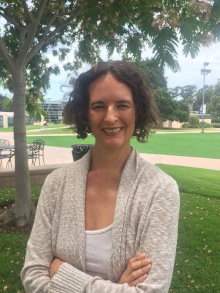 The excerpt below is from an article by Nicole Ault that appeared July 26, 2019, on The Wall Street Journal.

A year after Janus, Ms. O’Callaghan isn’t the only public employee finding it difficult to cut ties with a union. Dozens of workers have crashed into obstacles set by unions and their allies in state government. Many are turning to lawsuits. Ms. O’Callaghan enlisted the help of the nonprofit Liberty Justice Center. Along with the California Policy Center, LJC sued the Teamsters, the president of the University of California, and the California attorney general on behalf of Ms. O’Callaghan and another frustrated union member this spring.

The opt-out window is a favorite post-Janus union tactic for retaining members. More than 40 lawsuits against these “escape period” requirements are pending across the country, according to Bill Messenger, an attorney with the National Right to Work Foundation who argued Mark Janus’s case at the Supreme Court.

The opt-out windows are stingy: They are generally open for between 10 and 30 days, and occur either a year after a member signs a contract or at the end of a collective-bargaining agreement, which may be every few years. Employees are often told they may not file paperwork to leave the union or rescind dues before the opt-out window opens, giving them in some cases as few as 10 days to do so. In Ms. O’Callaghan’s case, the terms of the Teamsters’ collective-bargaining agreement stipulate she must send written notices via U.S. mail to her employer and to the union within the 30-day period. Notices sent before are invalid.

Mr. Messenger and lawyers at LJC argue that these opt-out window requirements flout the Janus ruling, which clarified that a worker must give affirmative consent to become a union member. Before Janus, they argue, workers couldn’t give free, knowledgeable consent because they faced an unconstitutional choice between being a member or an agency-fee payer. Unions are violating the free-speech rights of members like Ms. Callaghan, who joined before Janus, by forcing them to wait for opt-out windows to leave.

Read the full article on The Wall Street Journal.