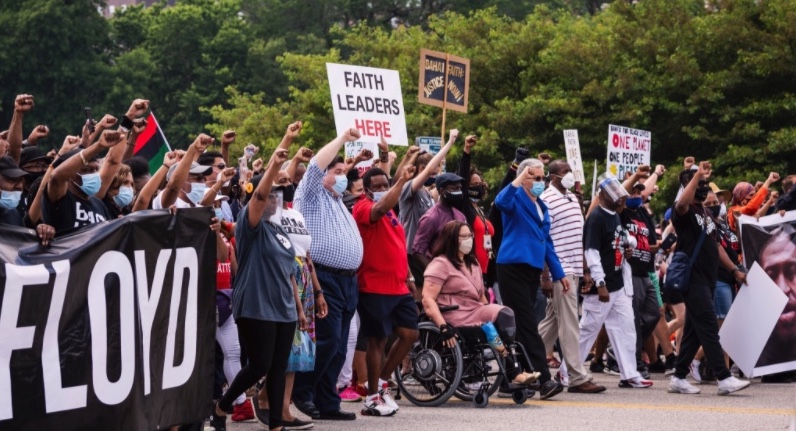 The excerpt below is from an article by Liberty Justice Center attorney Patrick J Hughes that appeared November 16, 2020, on Chicago Tribune.

When Republicans from Will County tried to hold a Fourth of July picnic outdoors on a farm, they were faced with crowd-size limits imposed by Illinois Gov. J.B. Pritzker. They sued, alleging the limits violated their First Amendment rights, but Pritzker went to court to double-down.

When the Illinois Republican Party tried to hold rallies in the weeks leading up to the election, Pritzker fought them tooth and nail — proclaiming that they would accelerate the spread of COVID-19.

But, when the news networks called the presidential race for Joe Biden recently, Pritzker could be found taking a victory lap through the streets of Chicago surrounded by other jubilant Democrats. He was out and about just days after being exposed to COVID-19 and while his public health director was telling everyday citizens to quarantine for 14 days following exposure, even after a negative test.

Pritzker’s hypocrisy is deeply wrong, and we’ve sued him because we believe it’s also unconstitutional.

Perhaps unsurprisingly, this is par for the course for Pritzker and Illinois. When COVID-19 first began spreading in the U.S., Pritzker tried to use the Illinois State Police to enforce violations of his executive order, particularly his ban on large gatherings.

Yet during the unrest after the brutal killing of George Floyd by Minneapolis police officers, the order went unenforced against the thousands who protested, many under the banner of Black Lives Matter. Pritzker not only refrained from enforcing his own ban on group gatherings: he personally participated in a “March for Justice” with hundreds of other activists.