In Government of Nashville v. Tennessee Department of Education, the Liberty Justice Center represents the two school leaders and three families who would qualify to participate in the Education Savings Account (ESA) Pilot Program for the 2020-2021 school year. The ESA Pilot Program provides scholarships to low-income families assigned to the schools that are consistently and historically the lowest performing in the state. The families can use the scholarship funds to attend schools that provide better education opportunities for their children.

The article by Kimberlee Kruesi and Jonathon Mattise appeared May 19, 2020, on AP.

NASHVILLE, Tenn. (AP) — Tennessee won’t be able to implement a contentious school voucher program while the state continues to fight back constitutional challenges over the law that would allow parents to use public tax dollars on private school tuition, according to a ruling issued Tuesday.

The latest decision from the Tennessee Court of Appeals comes nearly two weeks after a lower court deemed the program unconstitutional and unenforceable.

Instead, the appeals court scheduled oral arguments for the case to be held Aug. 5.

“As evidenced by the request for appellate review we intend to continue litigating this matter,” said Samantha Fischer, spokeswoman for Tennessee attorney general’s office, in an email.

The late summer hearing date deals another blow to the state’s hope to proceed with the voucher program for the 2020-21 school year. Voucher supporters had pushed for the appeals court’s permission to allow the state to continue implementing the program while the case proceeded. An appeal to the state Supreme Court remains an option to try to get the program back in motion while the court case continues.

Known as education savings accounts, the voucher measure signed by Republican Gov. Bill Lee last year would allow Tennessee families to use up to $7,300 in public tax dollars on private schooling tuition and other pre-approved expenses.

However, the program has been clouded by controversies and two lawsuits questioning the legality of the program heavily opposed by the leaders where it’s supposed to be implemented.

According to the law, the voucher program would only apply to Nashville and Shelby County, which includes Memphis, the areas with the lowest performing schools and regions with Democratic political strongholds.

The original version of the measure included several other regions, but it was eventually whittled down after Republican lawmakers objected because of uneasiness about launching a voucher program in their own legislative district.

It’s unclear what Tuesday’s ruling means for the $41 million that was set aside for the upcoming fiscal year to cover the costs of the voucher program.

The Republican-dominant Statehouse is scheduled to resume on June 1 after adjourning in March due to the COVID-19 pandemic.

House Speaker Cameron Sexton hinted at possible budget cuts because of revenue shortfalls caused by the coronavirus, but held off from saying the voucher program would be on the chopping block.

The GOP leader had opposed the voucher program when it narrowly passed the Legislature in 2019, but he did not actively try to delay the program’s implementation when lawmakers were convening earlier this year.

“We are still assessing and evaluating our monthly and yearly revenue numbers. However, it appears significant reductions must be made,” Sexton said Tuesday.

Plaintiffs involved in the legal dispute include Nashville and Shelby County officials, as well as opposing parents represented by the American Civil Liberties Union, the Southern Poverty Law Center and the Education Law Center.

Defendants who have intervened in the lawsuits include voucher advocates, such as the Liberty Justice Center, the Institute for Justice and the Beacon Center of Tennessee — who also are representing parents in favor of the voucher program.

Read the article on AP. 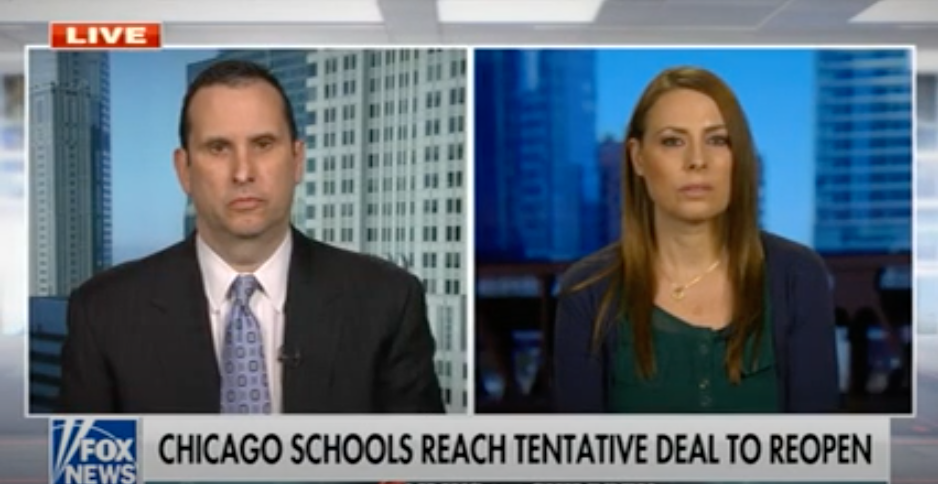 The Tennessee Supreme Court has agreed to hear an appeal on the constitutionality of Gov. Bill Lee’s Education Savings Account pilot program to provide low-income students in Nashville and Memphis with a $7,000 scholarship to attend the school of their choice.

"The plaintiffs are trying to have their cake and eat it, too, because on one hand they argue about how the how the Home Rule amendment affects the counties, and then on the other hand the argument about how it affects the school districts," Kelsey said. "Respectfully,...