Mike Jackson and Tory Smith are transportation services workers at the University of California, San Diego. They work on the parking staff to support school events and maintain safety on campus.

As new hires at the University – Tory in 2006 and Mike in 2013 – both joined the government union at their workplace. Neither knew there was any other option than to be a member of Teamsters Local 2010. Since then, about $600 a year have been deducted from each of their paychecks by the University and paid to the Teamsters.

Until the Supreme Court decision in Janus v. AFSCME, public employees like Mike and Tory had no option in California – they had to pay the union whether they were members or not.  Fortunately, the Janus decision ended the collection of non-member agency fees. And, the decision went even further, requiring that government unions and employers secure “affirmative consent” – or clear, knowing permission – from public employees in order for dues to be deducted from their paychecks.

When Mike and Tory heard about the Janus decision on local media in San Diego, they reached out to the California Policy Center for help asserting their First Amendment right to refrain from supporting the union against their will. Mike first tried to resign from Teamsters Local 2010 in January 2019. But the Teamsters union denied his request, saying payroll deductions would continue until the end of the union contract in March 2022! Tory followed Mike’s lead and received the same response from the union.

Mike and Tory then asked the University’s Human Resources department to stop deducting dues from their paychecks, but they were told a California state law—SB 866, a Gag Rule statute—expressly prohibits the University from talking to them about their constitutional rights related to union membership and dues.

With help from the Liberty Justice Center and Pacific Legal Foundation, they are fighting back.

Workers like Mike and Tory who signed union membership cards before the Janus decision in June 2018 had to pay the union to hold a government job in California regardless of their membership status. Now, Mike and Tory are fighting back in a federal lawsuit to affirm their rights to stop supporting a union against their will and to receive truthful information from their employer about constitutional rights that affect their employment. 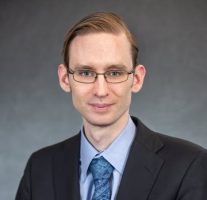 In July 2019, the Liberty Justice Center and Pacific Legal Foundation filed a lawsuit on behalf of two University of California employees against California state officials and Teamsters Local 2010 in the U.S. District Court for the Southern District of California.