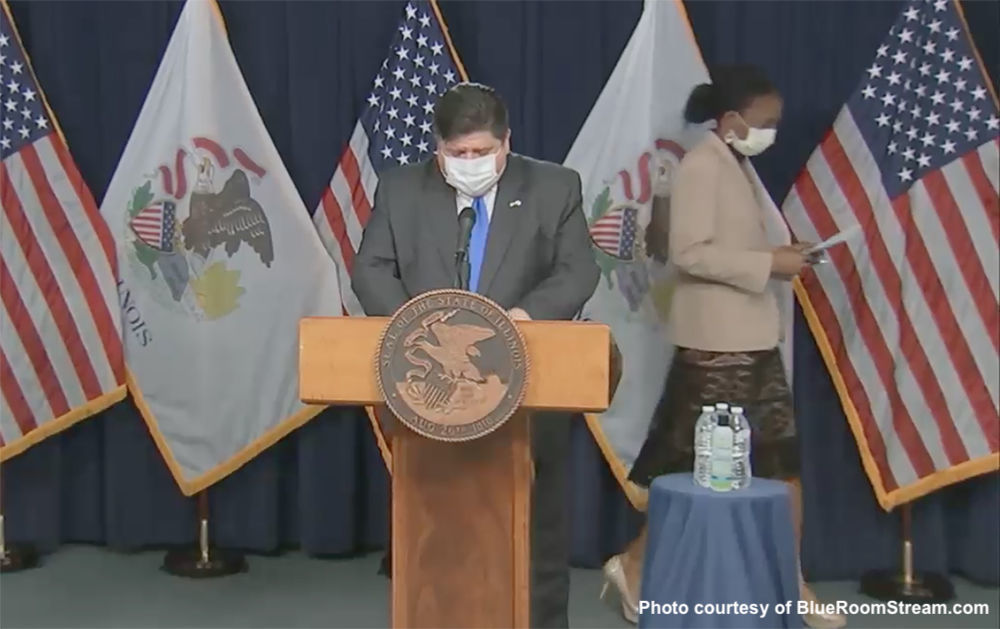 Beginning in March 2020, Illinois Governor J.B. Pritzker held daily press conferences to update and answer questions from news media regarding the COVID-19 pandemic. Jacobson has been a regular and active participant in the Governor’s COVID-19 press conferences.

Amy Jacobson is a veteran reporter who has worked for television and radio stations across the country for more than 25 years. For the last decade, Jacobson has been a journalist and morning show host on Salem Media’s Chicago station, AM 560 The Answer. Jacobson has been attending the governor’s COVID-19 press briefings on behalf of the station since April.

While some reporters have used the daily briefings to ask softball questions, such as how the governor is holding up, Jacobson has asked notably tough questions. Ultimately, she was banned from attending the briefings and asking questions after holding the governor accountable.

In an email to Jacobson stating the fact of her ban, Governor Pritzker’s press secretary said that she was no longer permitted to participate because she was no longer “an impartial journalist.” The Governor doubled-down on the decision, defending it to another journalist saying her remarks at the rally were “taking an extreme position” and that she “represents a talk show that has a particular point of view”.

When a government official sets himself up as the judge of his own press coverage to determine when particular reporters are no longer “impartial,” he is admitting viewpoint discrimination. When he defends his decision to kick out journalist because she has “a particular point of view” and what he believes is an “extreme position” in her editorial stance, he is basing his decision on the content of her speech and his unwillingness to tolerate her views.

This is just what has happened here. Jacobson was consistently asking hard questions about the Governor’s policies and the First Family that made the Governor and his press secretary uncomfortable during his press conferences. The government has no interest in ensuring only “impartial” news media can cover public affairs. In fact, quite the opposite: the First Amendment protects a strong, independent press corps that embraces a wide variety of viewpoints.

Salem Media of Illinois, LLC v. Pritzker was filed on June 1, 2020, in the U.S. District Court for the Northern District of Illinois.